The 2018 Qur’an Summer Camp was held at Eaton Hall in Retford, Nottinghamshire, jointly organised by Jamia Al-Karam, Al-Azhar Alumni UK and Darul Qurra Birmingham. The camp was held from 6 August to 17 August, and it comprised of twelve days of intensive lessons, learning and practice sessions, supplementary classes as well as spiritual, intellectual and recreational activities.

Aside from subjects including beliefs and prophetic biography, greater emphasis was on the art of correct Qur’anic recitation. Students studied in depth the Tuhfat al-Atfal and Muqaddima Ibn al-Jazari texts on Tajwid and Qur’anic recitation. Based upon ability and achievement, students were awarded with certificates and asnad (ijazahs) upon successful completion of the programme.

A word of thanks is also forwarded to the students of Jamia Al-Karam who volunteered during the camp and served to make it a pleasant and enjoyable experience for the participants, namely Muhammad Shuaib, Amaad Iqbal, Usama Rasool and Hafiz Umar Ahmed.

We pray for the divine acceptance of these efforts in the service of the Qur’an. Amin. 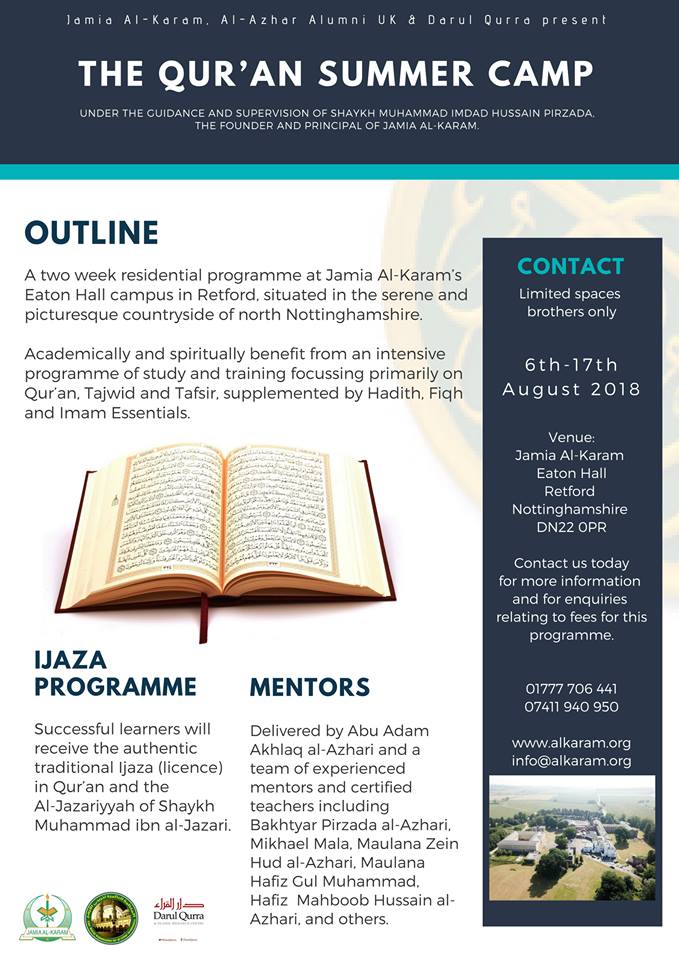